Hidden gems of Split and where to find them 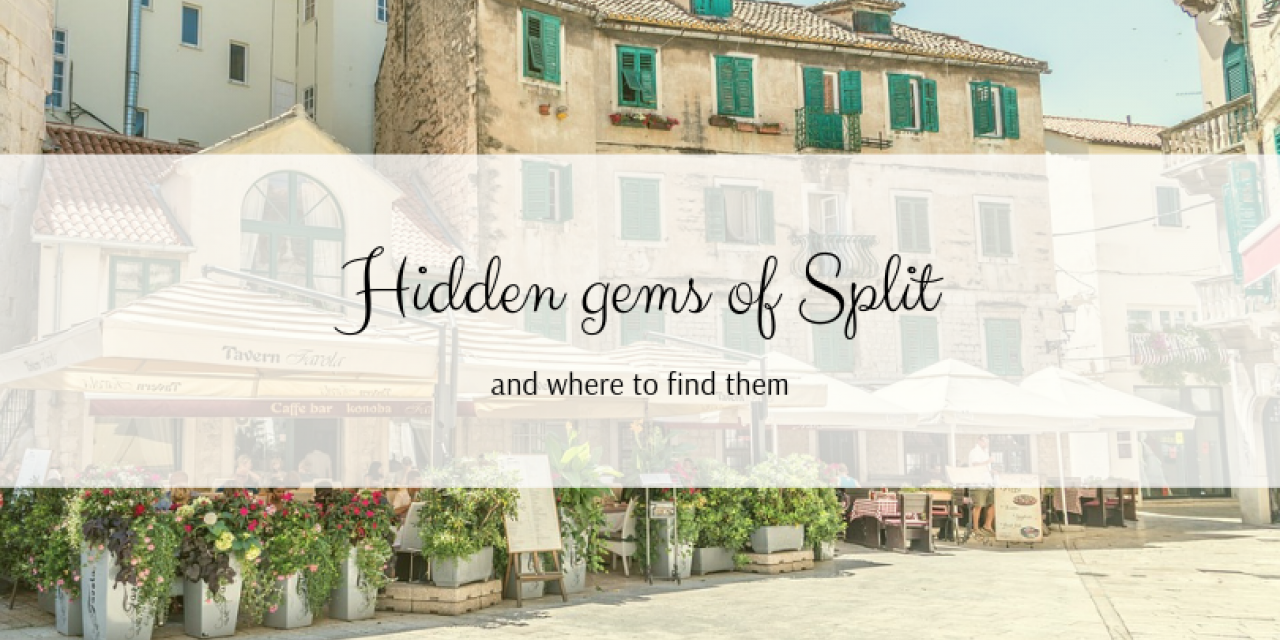 You read the title. Every city has its hidden wonderful places you wouldn't usually go to because of how deeply hidden they are, or sometimes they are in front of us but we don't pay enough attention to them.

With the help of local people, we found out about these five places, and our inner Newt Scamander is very happy.

This place opened last year and it remained unnoticed to most of people because of its location and purpose. It's set in the corner of one of the narrow streets above Prokurative. Its sign is small and at first, it doesn't seem like behind the opened doors and a hallway is where literature flourishes. Not only you can buy used books from there (which is their main purpose), you can also chill out on one of their sofas and relax with a cup of Lavazza coffee while reading the book you picked out for yourself. In their archives they keep a huge variety of croatian literature and works from Ex-Yu writers, science – related books (physics, math, medicine, history, sociology etc.), works from greek philosophers, books about art, encyclopedias and much more. They're a small place so their database contains more books in Croatian, but there are still books in English and Italian. Next to their Instagram page (which is filled with readers' pictures of a coffee next to their favourite book) they also have a website which contains database of the books they sell. Their adress is Križeva 4. If the fact that most of the books here are in Croatian doesn't fit your needs, you might want to read about the next place in this article.

To be honest, first time I have heard of this place was few days ago. Above the market is a place hidden behind white doors with no sign of anything important being there, but turns out that a guy sells used books on foreign languages (Italian, English). The books are insanely cheap and only few local people know about it. How cool is that?! You can find this place in Ulica Svetog Petra 33. The doors of this place are looking to the east.

One night after some partying in club Quasimodo, I was walking with my boyfriend to go home and sleep, even though we both felt like the night out was not over yet. „Let's visit Kuka!“ he said enthusiastically. By that time I only heard about this place from local stories and my professor („If you ever try to say hi to me at Kuka, I will act as if I don't know you“ he said once). It was 4 AM and the street was dead silent. Under our old stadium called Stari Plac was a small place with no signs on the wall (recently they added a graffiti) and a huge door. I thought it was closed. He knocked twice, and like in the movies, a figure opened a small window on the door to see who's knocking, and then opened the door. A buff guy was standing there, massive noise suddenly coming from the inside. We walked in as I was never more confused in my life. And inside you can hear old music like „Who the f*** is Alice“ and „Believe“ from Cher. Turns out, it's a go-to place for all people above 20 looking for some good quality fun and dancing on an afterparty. The entrance is only 10 kunas and some nights they play „Italian trash“ music only. And they work until 7AM! So put on your comfy clothes, good dancin' shoes and come dance to all the music your parents grew up on! Look for the grafitti with a hook that says „Kuka“ :)

Maybe your eye caught this sign once upon arrival in Split, but it went unnoticed since it looks like any other bakery in the city. This one, though, is one of the most respected and favorite places to eat after a long night of partying. It's one of two bakeries that work 24/7 in this city (other one being Prerada), and is famous for the creamiest donuts in town. Nutella filled, marmelade, or vanilla filling – your choice. And it only costs 6 kunas! Legend says that on this day not single person managed to eat entire donut without Nutella flowing over his hands. Not only they have donuts, they also sell amazing pizzas (12 kunas) and burek with cheese (13 kn) and meat (15 kn). Even in the nineties it was popular among students to come to Mate in early hours with a car and block the street because of those sweet and warm donuts. Now they are opened on two places – first being on Dubrovačka 8, and the second, recently open one being on Ulica Domovinskog rata 26. They also have a Facebook page. Bon apettit! And definitely take extra napkins on your way out because you will need them.

But wait, is there more?

We will talk about caffes and restaurants in our next posts regarding them as a whole, but there is definitely one place in this city that might be interesting to go out to for a drink on a Friday night after a long week of (not) going to classes. It's a long kept secret of this city and you might caught some of our ESNers dropping hints about it. We won't talk about that place here, but you can ask us in person on one of our events. Not everyone knows about this place so you need to ask the right people about it and you'll find out. ;)