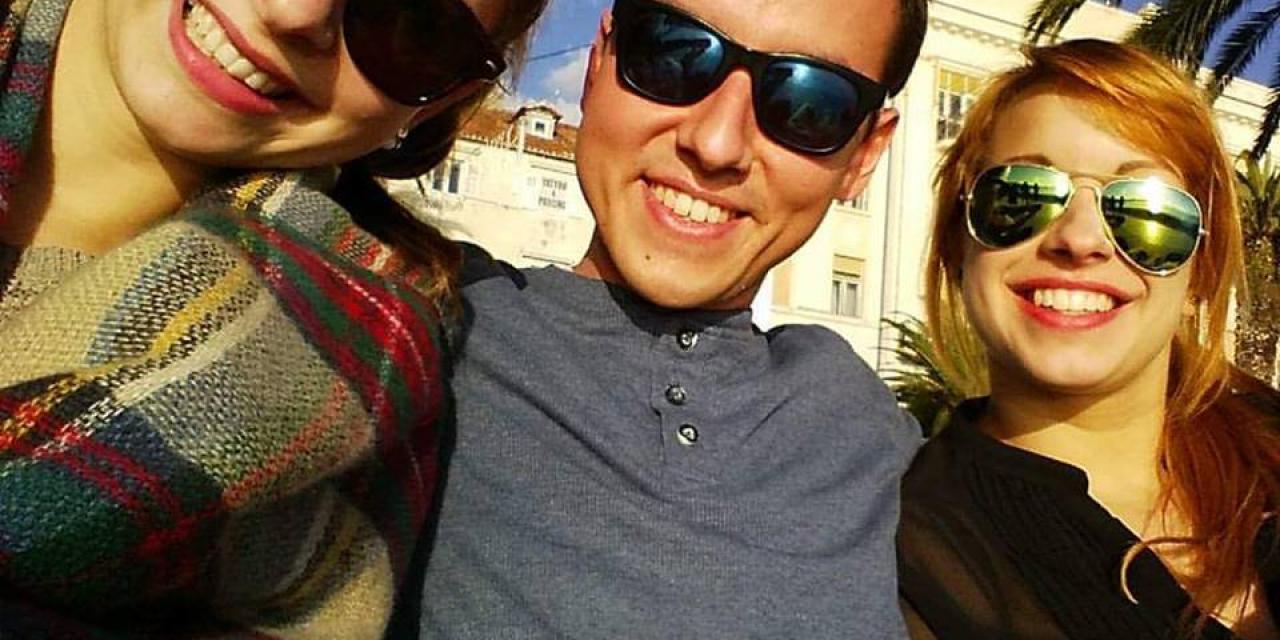 The initial idea of taking part in Erasmus+ programme was firstly proposed to me in January 2015. As I was doing my penultimate year of studies that time it was an inevitably a last opportunity to make that decision of going for studies abroad. Never before I was thinking seriously about me on Erasmus, however for some reason that time I didn’t hesitate long to say “yes”. I thought it could be a great way to change something in my life, which was quite boring to be honest, and so I considered taking part in that exchange as kind of getting back these many years I lost staying at home, doing basically nothing except for learning and pointless watching of football matches. The joke of life was just about to end!

The next step was to make a decision about my wished destination. And the choice was quite obvious. My personal love to Balkans, ability to speak domestic language at satisfactory level and the best friend of mine living in that region limited my spectrum to the four countries with basically the same (a few Croats will not agree ;) ) language and way of life. As no Bosnian, Montenegrin nor Serbian faculty was in agreement with my home university I was left with Zagreb, Pula and Split to choose. It was an easy decision, I picked the most beautiful Croatian city, the capital of Dalmatia – Split! 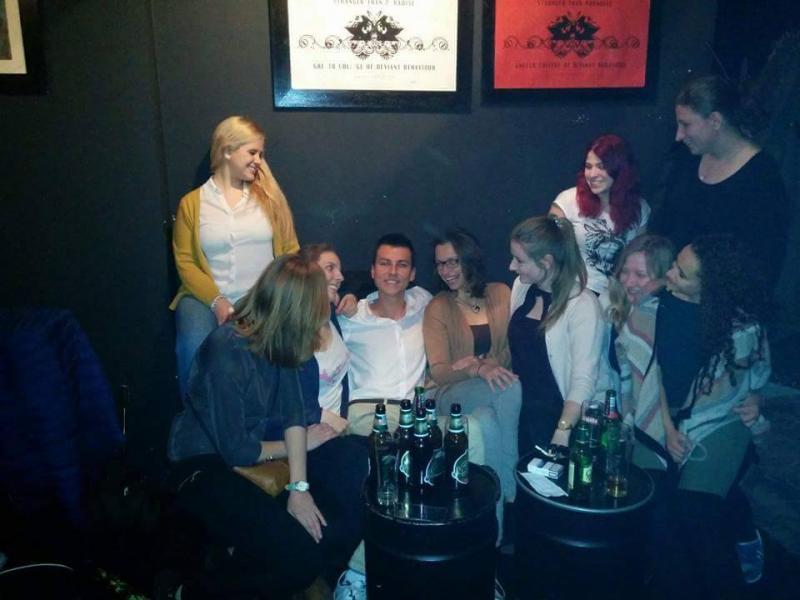 Already in mid-March I was qualified to go for studies to the Faculty of Management of the University of Split. All necessary paperwork was done by the end of April and so I could plan my life during the winter semester of the academic year 2015/2016 on (almost always) sunny Adriatic coast.

The speed of that qualifying process was dedicated to the fact that Split offered accommodation in academic houses for only circa 30 incoming students, and I very much wanted to be one of them. It thankfully happened and so I didn’t have to worry about place to live plus I managed to safe a good amount of money by paying relatively low fees for rent of the room there in rather good conditions. Anyway in such places what matter the most are people who live with you, either in the same room or just few doors away. Let’s say I had a mixed fortune ;) But the pure Erasmus people were great J And the best parties were held here ;) The other advantages of that Spinut dorm were definitely a location, 20 minutes by walk from the central part of the city and just next to the Marjan hill, ideal for spending time in fresh air and the presence of student’s cantina. That feeding aspect make Split the one of the best places to study as for as little as 15 kuna (ca. 2 EUR) daily you can get breakfast, lunch and dinner in specially designated cantinas, which Split has a few.

The other big reward for choosing Split as your exchange destination is the local section of ESN. All the people involved in that project do a really good job and don’t make us – incoming Erasmus students – to feel bored or left alone themselves. Already at the beginning of October we had organized Welcome Week, a good opportunity to meet each other, which included city tour and game, Croatian and International dinner, first Friday Party night and trips to Marjan hill and Dubrovnik. There were few more such travel weekends, as we went later to Mostar and Sarajevo, to Plitvice and Zadar, with trip to Zagreb shortly before Christmas as the last one. Moreover there were many more activities to take part, some purely party-style, some more social. There in Split I visited on the first occasion in my life orphanage to spend some time with kids and make together with them Xmas decoration and shelter for homeless people to cook dinner for them and give them our smiles and positiveness. World is small as there I had a pretty long conversation with an elder man who lived and worked for many years in Poland.

Erasmus in Split so often was offering a new experience. Already a couple of days after my arrival to Croatia I gave an interview to a local TV in which I spoke in local language about myself, reasons to come to Split and my first impressions. Something I’ve never done in my native Polish or even English!

There in Split have started my two greatest ever weekend-long trips to Montenegro & Albania and to Herzegovina region. In the great international company I had a chance to spend a lovely time exploring a new places in Balkans. Sometimes I did something crazy, sometimes stupid, just slightly ;) but every day I was enjoying my time!

Once when I went to buy tickets to see finally the famous Hajduk Split I ended up having a private tour around Poljud stadium. I can’t imagine similar thing happening in Poznań, Poland, but it did happen in Split! Generally the fact that I was able to speak in Croatian gave me a lots of advantages and positive interactions with locals. Seriously I felt better than home. Literally every week brought something new. To feel that I really live my life!

But even as ordinary thing as drinking coffee (the white one of course!) in the sunshine on Riva with your best people had stayed in the memory. It’s hard to explain but nowhere that coffee tastes as good as there! Come to check it out! 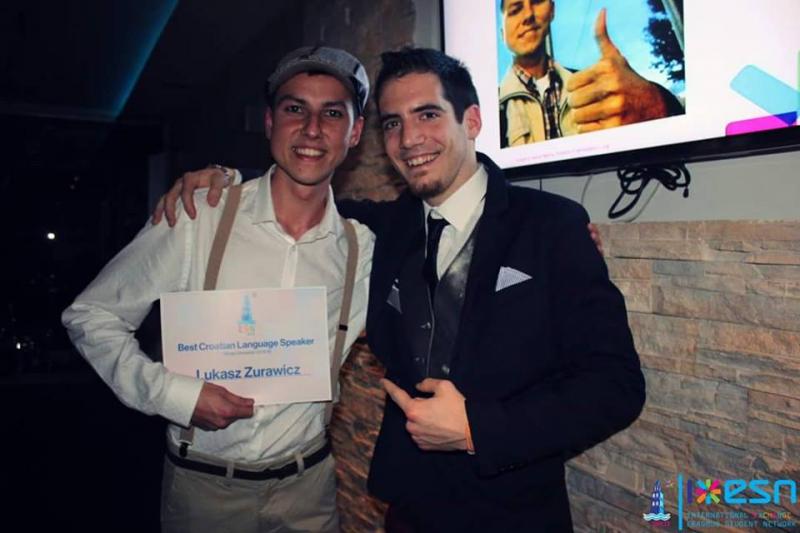 Many things happened for the first time in Split and so they will be remembered forever. Who else had a chance to sit on Christmas Eve around one table with other Erasmus people from five different countries which followed sunbathing, swimming and decorating Christmas tree on Bačvice beach? Who has farewelled the old year and welcomed the new one on the coast of Adriatic with palms all round?

You will see some funny stuff in Split, lack of buses timetable or Tuesday called as Thursday by some professors, but in the end you will be thinking about that with smile on your face :)

Just touching the educational aspect, it’s far to say you pass the exams at the faculty just because you are incoming student. I personally had some work to do, write a couple of essays, prepare some presentations and write the exams, though it helped in improving my language skills, both English and Croatian. And I even managed to write my Master’s thesis there in Split, so everything it’s possible ;)

Thanks to that exchange I met more than a hundred people from all the world from five continents. With some of them I was spending almost every day in Split, some I was meeting rarely, but everyone of them contributed to that unforgettable time in Croatia! I am grateful to everyone I met there in Split, finally I have a people who are willing to spend time with me, not avoiding meetings or literally refusing them but who are honestly happy about the upcoming chance of seeing each other. Even right now when I am writing this I am few days away of going to Prague to meet again some of my best Erasmus friends.

Go to Split, that experience will change your life in a positive direction!